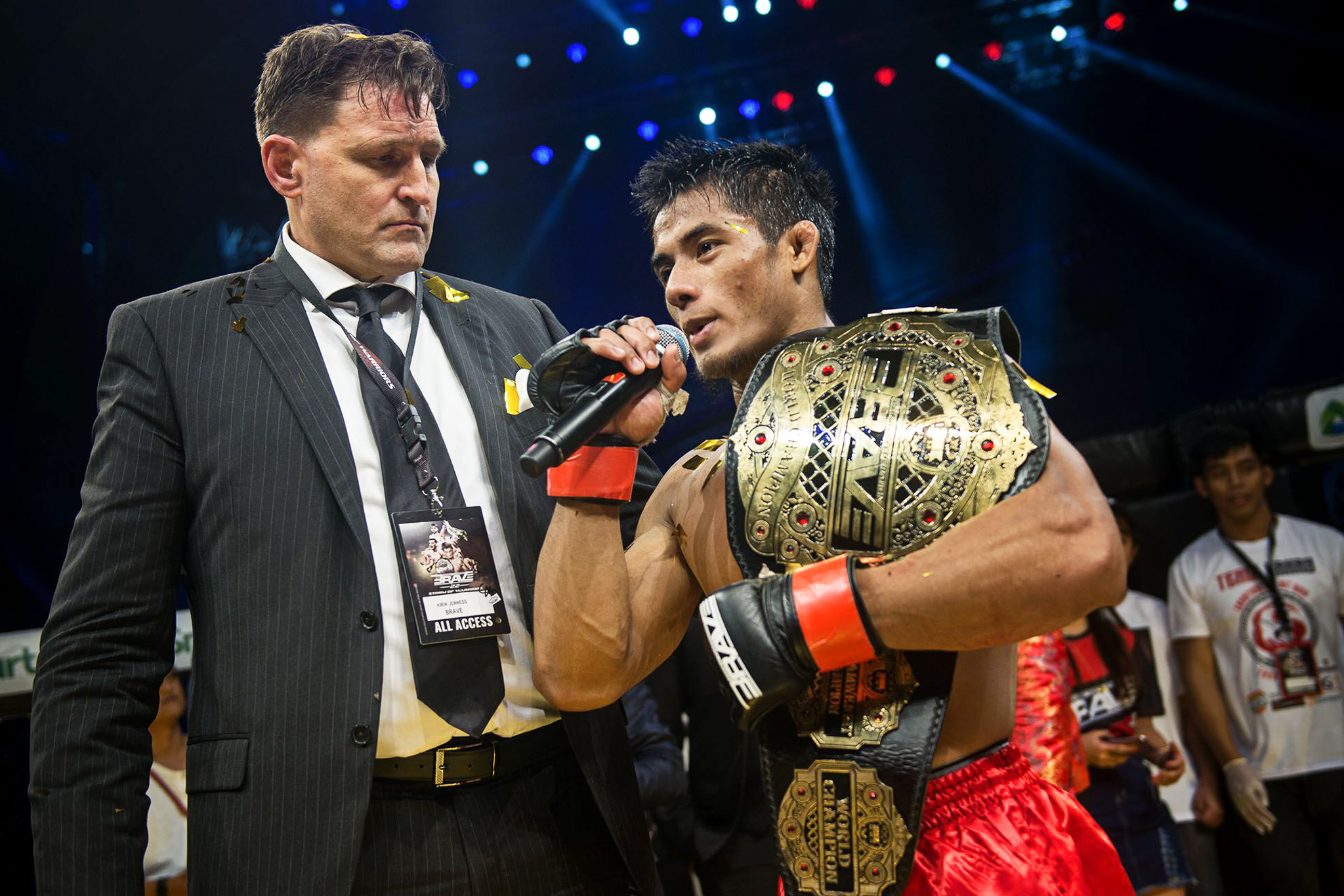 Stephen Loman and other four Filipino fighters are being eyed to compete at BRAVE Combat Federation’s inaugural event in Russia. The prominent BRAVE Arena will land in the beautiful city of Sochi on January 16, 2020.

The product of Baguio’s Team Lakay stable last saw action against Canadian Louie Sanoudakis at BRAVE CF 30 which he dominated with a unanimous decision win.

“He keeps on proving that he is a deserving champion. He is the biggest combat athlete in the Philippine along with Manny Pacquiao,” said BRAVE CF President Mohammed Shahid.

“I was sad that not a lot of Filipinos knew him, but now I’m the happiest man because the country found a new hero, a fighter who proudly represents the country.”

Dy improves his fight record to 14-9 after two consecutive victories against John Brewin in Brave CF 44 and Maciej Gierszewski in BRAVE CF 42, all via decisions.

Jeremy Pacatiw, another product of Team Lakay has been turning heads every time he steps inside the canvass.

“The Juggernaut” spoiled former title contender Felipe Efrain’s plans, knocking him out in the first round. With this in the pocket, Pacatiw eyes being on the plane boarded to Sochi on January.

Banario is on the road to redemption after getting shutdown by Gamzat Magomedov at BRAVE CF 33 while Pa-ac is currently gliding a wave winning three out of his four outings.

Though the final card has been released, president Mohammed Shahid hinted the possibility of the Filipino fighters’ comeback.

“The Philippines has been a focus for BRAVE Combat Federation from the very beginning,” Shahid stated.

“From time to time, warriors from the Philippines prove that they have not only the skill to compete at the international level but also the heart that matters when it comes to combat sports.”