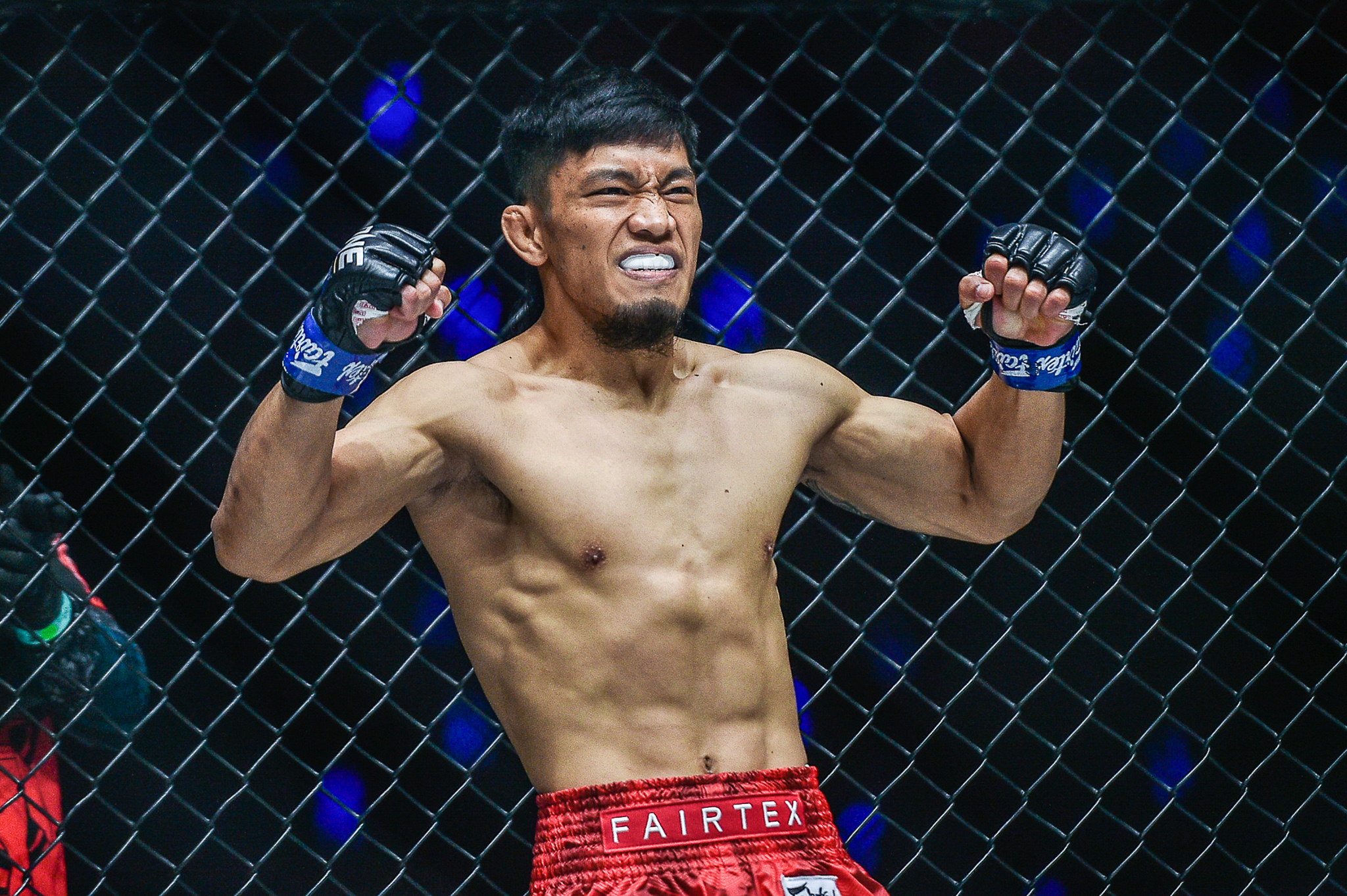 The Thunder Kid is back.

In the latest YouTube vlog by Team Lakay’s official channel, Adiwang shared the joy of returning to physical training.

“I feel so pumped up that I can return to training. During my quarantine obviously I cannot train, Adiwang shared.

Adiwang and stablemate Stephen Loman tested positive for COVID-19 just before their fight to Singapore for ONE on TNT early in April.

The two fighters were forced to drop out of their respective fights and went into home quarantine.

“Even if the fight didn’t push through, I was able to check the other things that I can do to win the fight. That’s the positive thing because it seemed like I rushed things. My preparation is short and to what I was supposed to do, it was limited,” said Adiwang.

“I was enlightened to the big picture that I have a lot of different things to do to win the fight.”

Yet, Adiwang still regretted that he was not able to meet Brooks inside the Circle. Especially with the critics saying that he is not enough for what most consider as the top strawweight.

“There are a lot of hate comments like ‘it’s good that you got sick because you’re just going to lose against Brooks’, and I want to prove them wrong. I want to face him and shock the world,” said the “Thunder Kid”.

“I want to prove to myself that I can beat this guy. I believe that I can.”

Adiwang thank his fans and real supporters for staying with him during his hard times. Adiwang emphasized that his wins were only for his real supporters.

“I hate those people who were only with you when you are at the top. When something bad happens to you, they suddenly turn their backs. Honestly for me, sorry to say but my wins are only for those who really supported me,” said Adiwang.

“On my return, they should expect that my explosiveness is still there, the Thunder Kid is back. Explosive but more technical.”