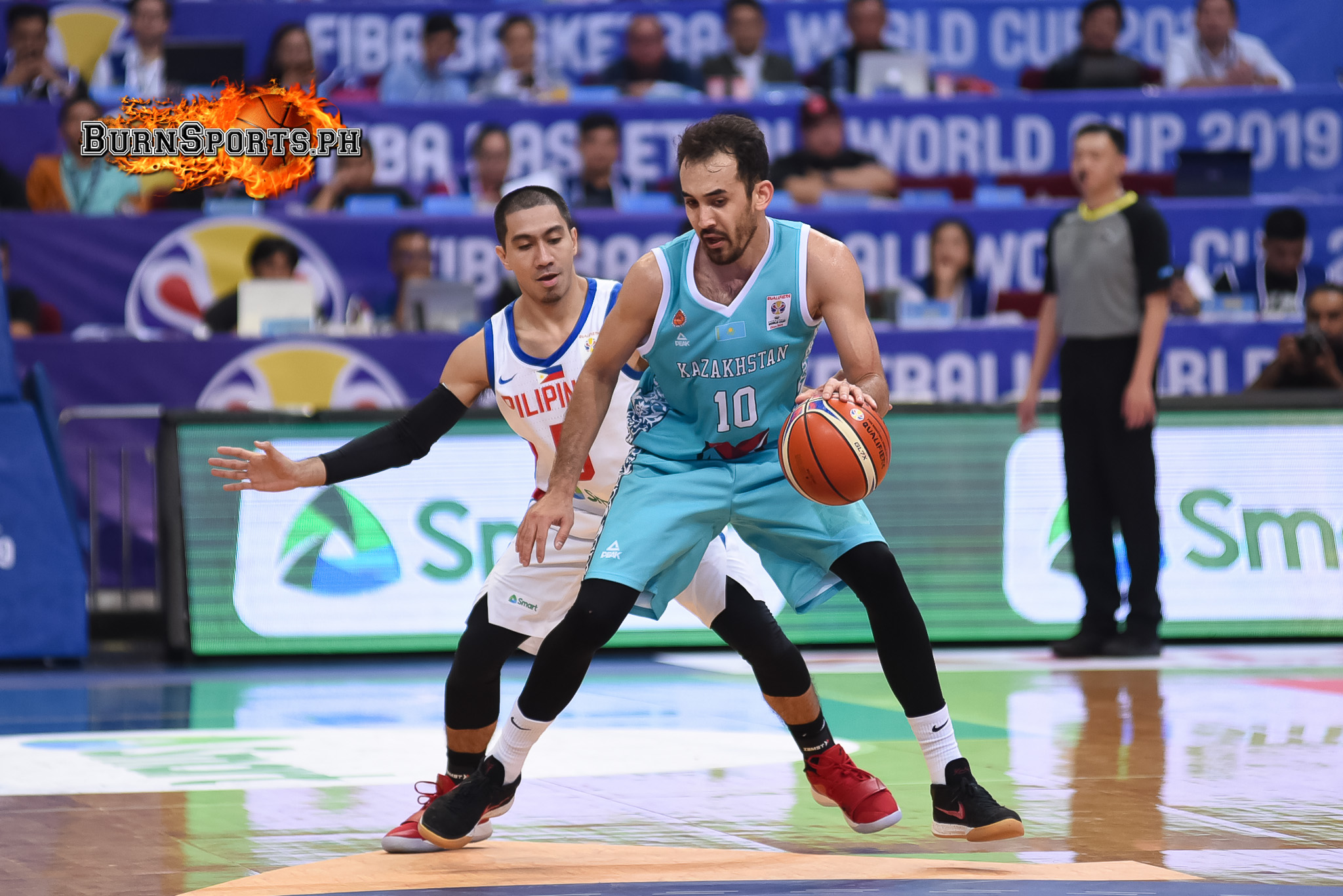 Manila, Philippines – Kazakhstan banked on their perfect triple shooting as they defeated the Philippines, 92-88, in the second round of the FIBA World Cup Asian Qualifiers fifth window opener on Friday at the Mall of Asia Arena.

The Kazakhs, known to be the underdogs of the tournament, shocked everyone with their performance in the game. They were more aggressive this time around compared to their other games, which gave them a full advantage from the Philippines.

Kazakhstan’s grittiness on court forced Team Pilipinas to commit 25 fouls that turned into 24 shot freebies for Kazakhstan. They also managed to shoot 12 out of their 23 attempts beyond the arc.

Rustam Yergeli answered back with a much-needed triple to stop their bleeding, but Pringle just kept shooting for the Philippines.

Marcio Lassiter’s triple in the last seconds of the game was not enough to push Gilas ahead, as the Kazakhs already cruised to their own victory.

With the win, Kazakhstan has improved their standing to a 4-5 win-loss record in Group F, while Gilas Pilipinas remained at third place tied with Japan, who won over last-placed Qatar, with a 5-4 record.

According to FIBA rules, the best fourth-place team in groups E and F will be able to join the top three teams in the 2019 FIBA Basketball World Cup in China. With this, Philippines have to win against Iran on December 3 in order to have a place in the 2019 World Cup.

On the other hand, Pringle paved the way for Team Pilipinas with 29 markers, while June Mar Fajardo had a double-double record of 14 points and 13 boards in the losing effort.