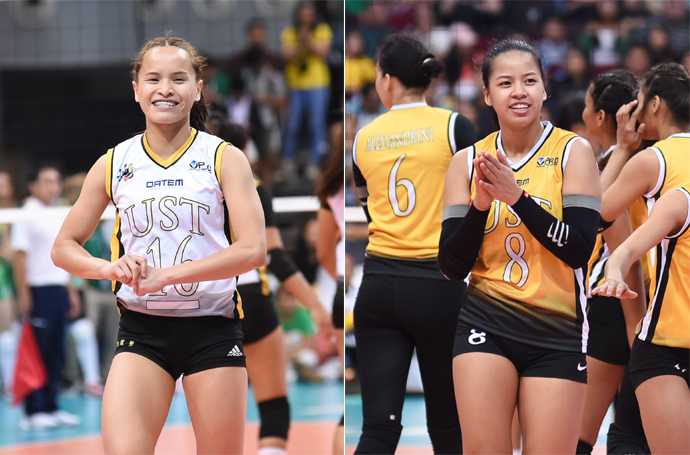 Powerful duo Sisi Rondina and Eya Laure are set to receive the top awards for this season after leading the pack towards their first Final Four in five years and first Finals appearance in eight years.

Veteran Rondina will be awarded the Season’s Most Valuable Player, the highest individual honor in the tournament, while first-year Laure is set to take home the Rookie of the Year award during the awarding ceremonies before Game 2 of the Finals.

Rondina, who won four beach volleyball titles and four MVP awards, became the second player who won both the indoor and beach volleyball MVP awards in a single season since Far Eastern University’s Wendy Semana nabbed both awards back in Season 70.

It is also the first time that both MVP and RoY titles were given to players from the same school since De La Salle University’s Ara Galang and Aby Marano (MVP) did so in Season 74.

Roselyn Doria from National University, on the other hand, is this season’s Best Middle Blocker, while Ateneo’s Maddie Madayag followed next for the award.

Lady Eagle’s Kat Tolentino bagged the Best Opposite Hitter of the league after averaging 14.2 points per game.

Best Libero and Best Setter awards will be given to University of the East’s Kath Arado and Lai Bendong, respectively.