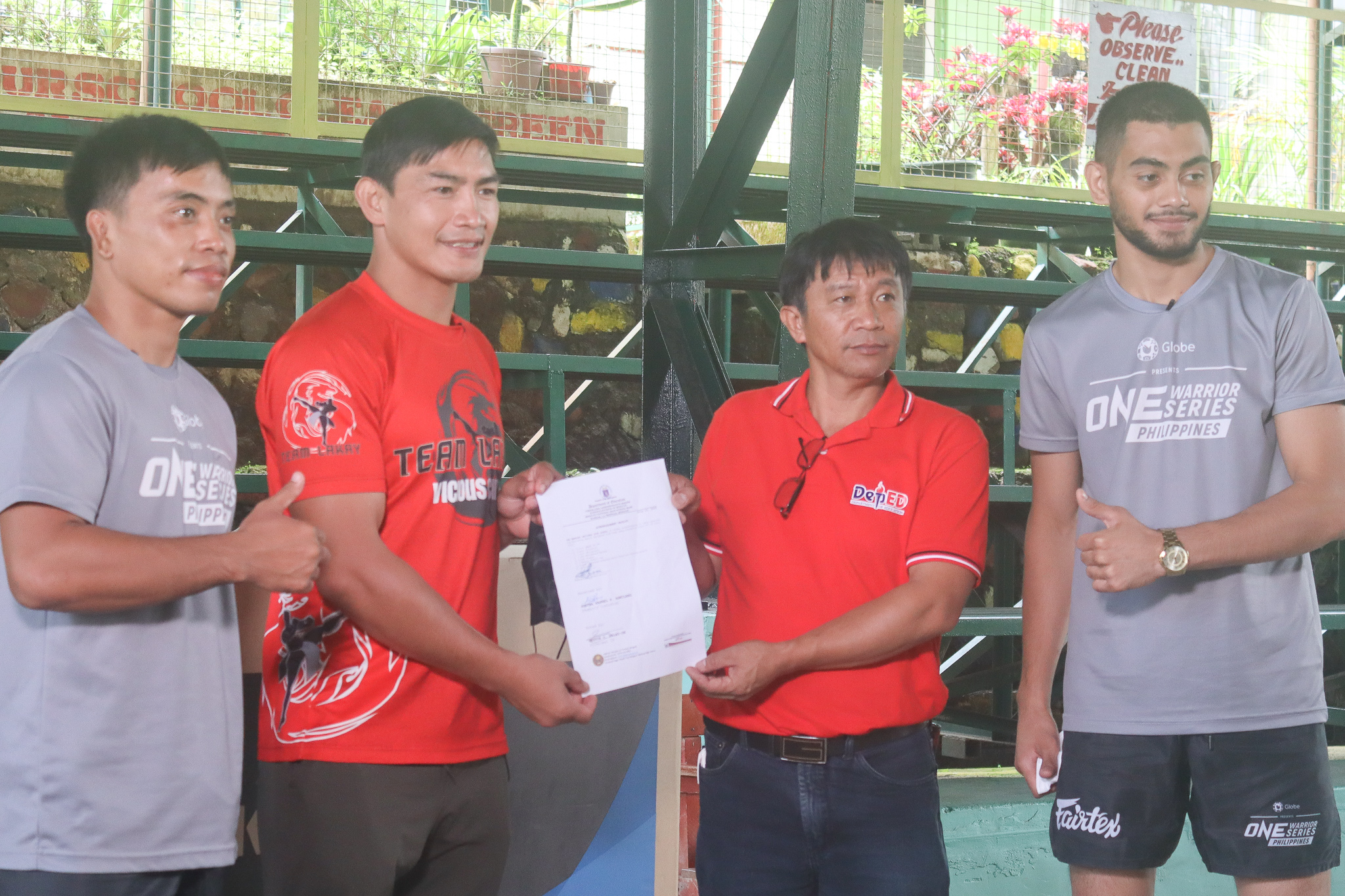 Folayang, a licensed teacher joined forces with ONE Warrior Series to donate a 70-inch Android smart TV, a futsal set, a whiteboard, and a slew of educational toys to the school.

Team Lakay representatives Rogelio Capan and Jayvie Espada were also present during the turn over ceremony.

It is only natural for Manong Ed, as he’s fondly known to his teammates and friends, to support the teaching profession as he was also once inside the four corners of the classroom to teach English and Physical Education.

He graduated with an education degree from University of Cordilleras in 2008.

When BeNHS SPED teacher Mercy O. Gorospe purposely solicited the items, Folayang did not hesitate to lend a hand.

While he’s stepped away from the classroom, the MMA Legend is still very much involved in the education process albeit in a non-conventional way.

Also, Folayang has been a great mentor and model for the younger generation on MMA athletes and he uses his influence to guide his younger teammates in life.