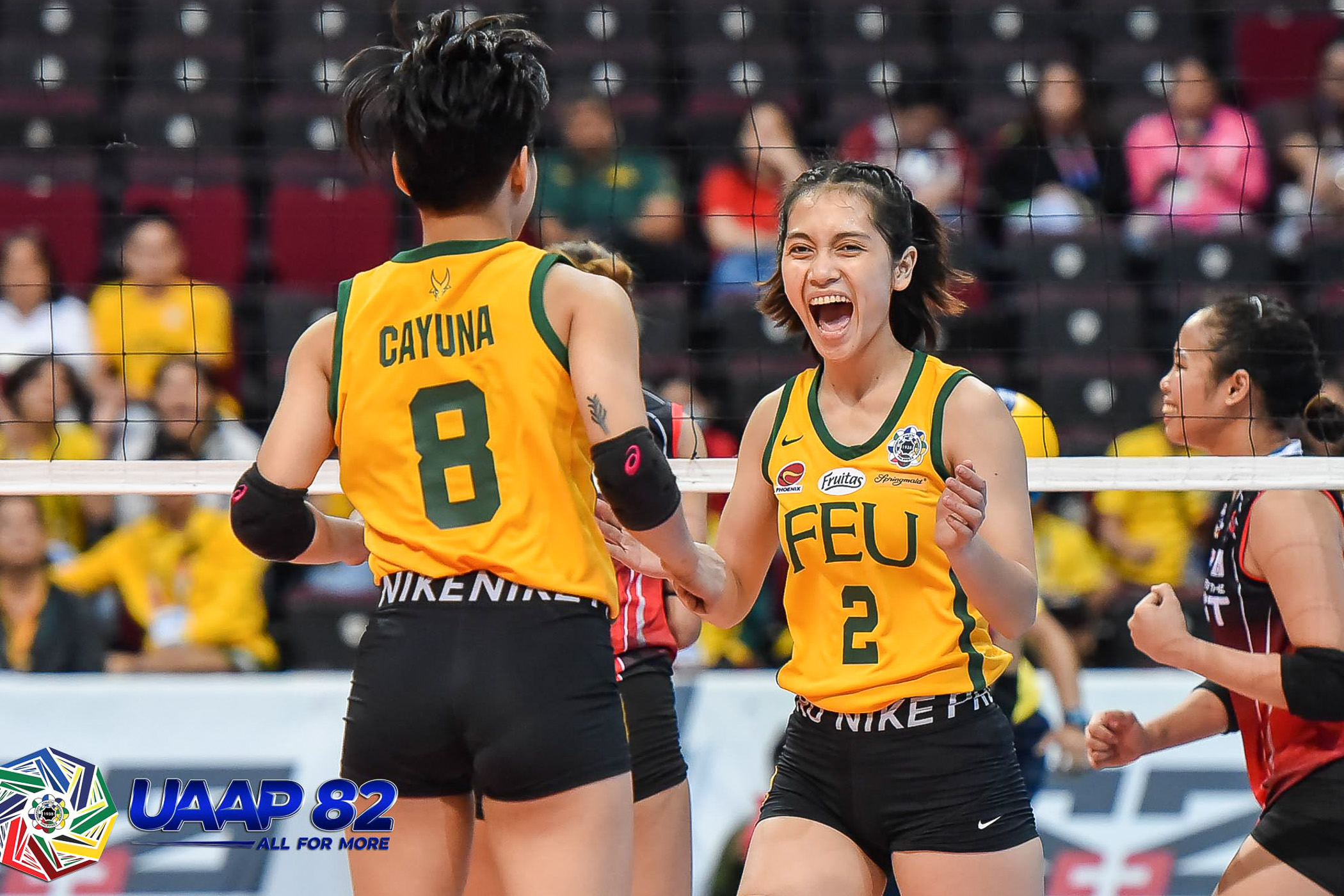 The Far Eastern University Lady Tamaraws tallied their first win after defeating the University of the East Lady Warriors in straight sets, 25-9, 25-20, 25-17, in the opening game of the UAAP Season 82 women’s volleyball, Tuesday at the Mall of Asia Arena in Pasay City.

The Lady Warriors had a better showing in the second and third frames, but UE committed too much unforced errors in both offense and defense. The void left by former UE libero Kat Arado became apparent as the match ended with two consecutive reception errors.

Cayuna orchestrated the well-distributed offense of FEU with Villareal leading the charge who finished with 11 points. Lycha Ebon contributed 9 markers in her first game back in the UAAP after recovering from an ACL injury last season.

UE skipper Mean Mendrez led all scorers with 13 points while rookie Ja Lana had her UAAP debut with 8 points.