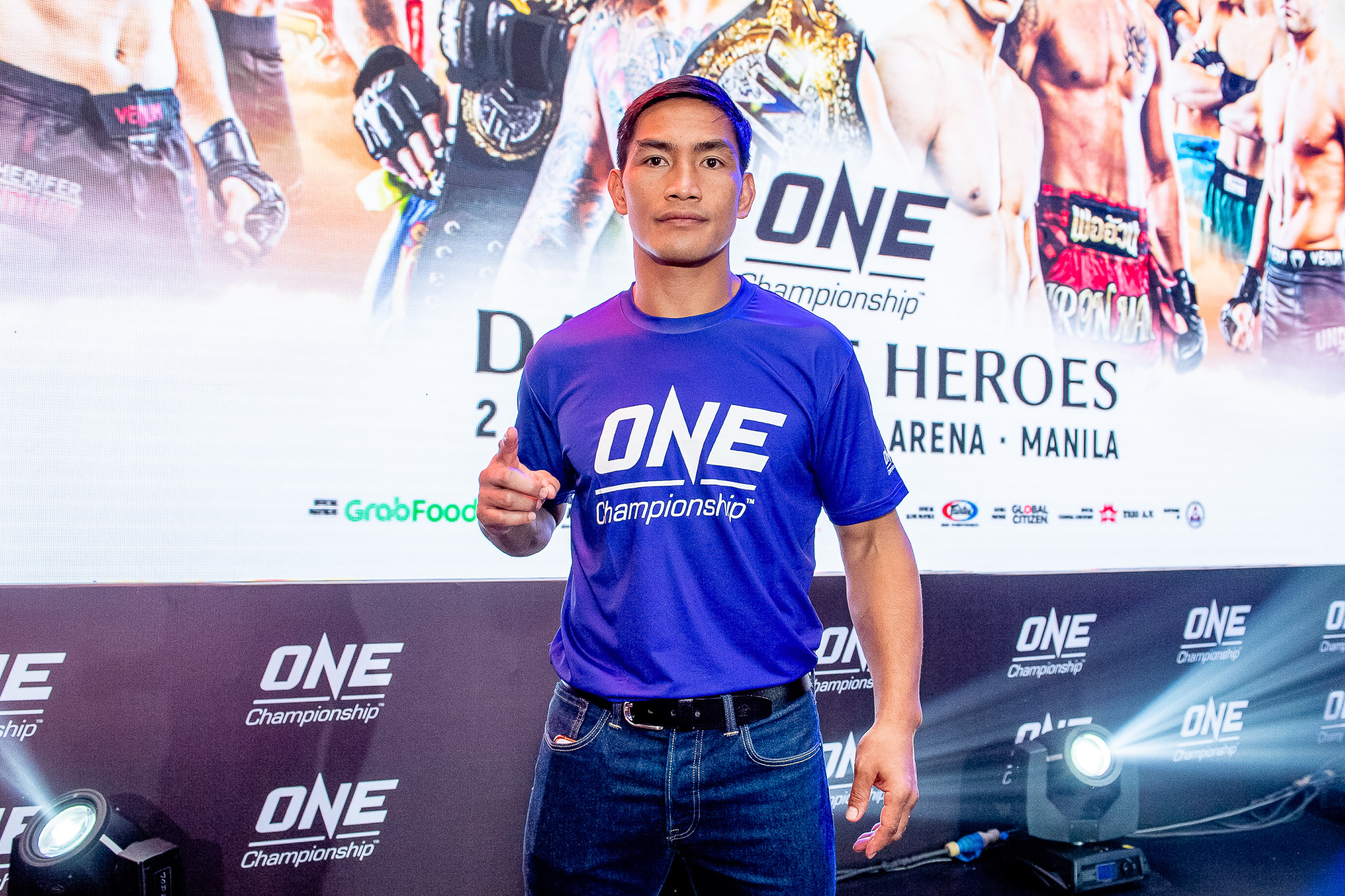 Eduard “Landslide” Folayang is overflowing with confidence ahead of his match on November 8 against Amarsanaa “Spear” Tsogookhuu at the Mall of Asia Arena in the Philippines in the main card of ONE: MASTERS OF FATE.

Folayang took a close look at Amarsanaa’s previous performance at ONE: CLASH OF LEGENDS where the latter won by unanimous decision. But despite the Mongolian’s commendable display of striking and grappling, the “Landslide” believes there are holes in his opponent’s game that he can capitalize on.

“Amarsanaa Tsogookhuu was able to showcase his skills with Shannon [Wiratchai] in his debut match,” Folayang said.

“He is really good on his feet and his striking can knock me out if it connects, however he has problems when he is put under pressure. There are some things that we saw which we can use to my advantage, I will leave it at that.”

Folayang has more experience than the “Spear” and is considered a veteran in this game. Crafting his fight strategy with his colleagues at the famed Team Lakay, Folayang was able to cover every angle and is now fully-prepared to claim victory.

The Baguio City native is drawing strength and motivation from the people who matter most to him. His determination to dominate his opponent grows stronger every time he thinks about his supporters and his hunger to win.

“In my head, this match will be in my favor in every aspect,” Folayang said.

“That does not mean I am underestimating Amarsanaa, I simply believe that the results of my preparations will allow me to dominate him. I have my team, my friends, my fans, and the rest of the Philippines cheering and depending on me. I will not let them down.”