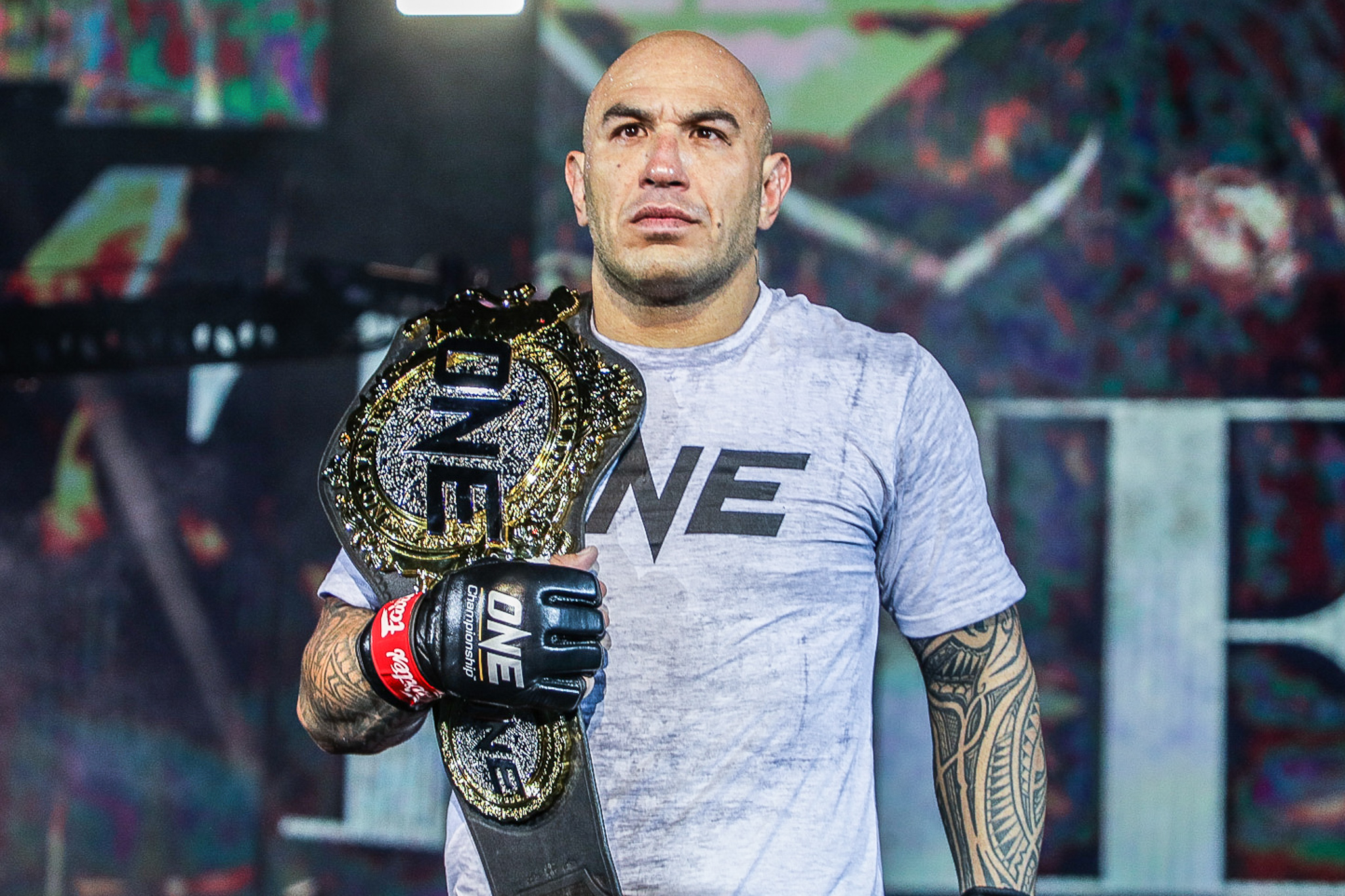 There will be no other next step for Fil-American Brandon Vera than regaining the ONE Championship Heavyweight throne which he had taken over for more than five years.

The former heavy weight kingpin was wreaking havoc in the division, taking down big names like Paul Cheng, Hideki Sekine, and Mauro Cerilli.

However, all good things had to come to an end and so did Vera’s reign as he renounced the world title to Arjan Bhullar at ONE: Dangal in May of 2021.

More than a year later, Vera craves the belt back for the Philippines.

“I miss you all very very much. I miss the entire world. I miss performing for you guys. I cannot wait to get back and show you how we’ve been training and what we’ve been doing,” said Vera.

“Our goal, our dream is to bring our championship belt back home to the Philippines. That’s my number one goal now.”

Bhullar still sits atop the division but due to inactivity, Anatoly Malykhin became the ONE Interim Heavyweight World Title.

With the heavyweight throne guarded by two fighters, Vera will be ready to fight anyone.

While waiting for his next appointment inside the Circle, Vera wants, more than anything else to become a better ambassador for the sport and inspire more children to take up mixed martial arts.

“For me, that’s a big deal. Like, they’ll tell me ‘I want to be a fighter like you. I want to fight in the ring,’ that’s the biggest deal to me. So other than that, I never thought past that.”

With the nation of different ages looking at his back while he performs, Vera has no other reason to lose his next fight.