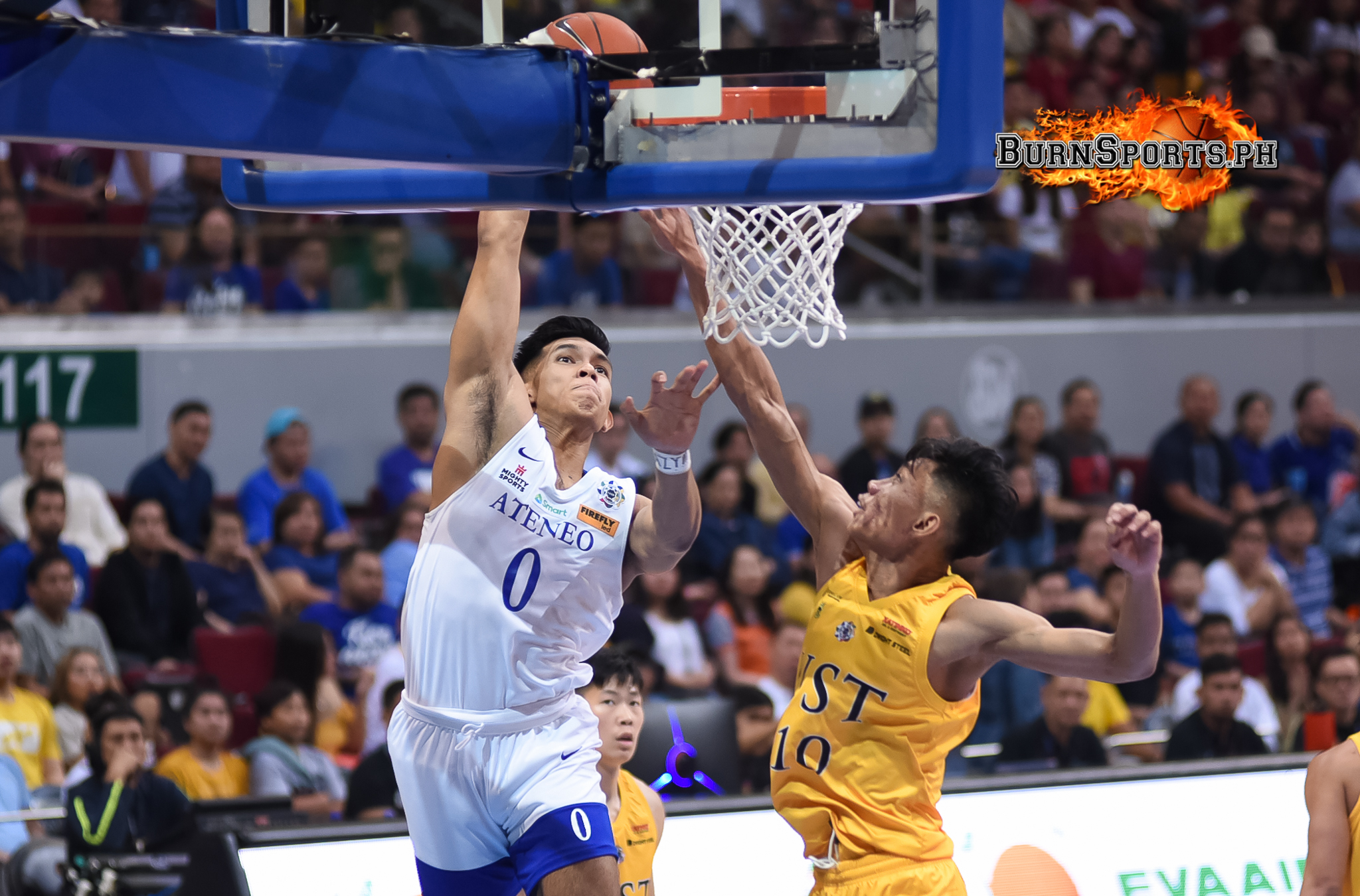 MANILA, Philippines – Ateneo De Manila University once again faced a tough challenge put up by University of Santo Tomas, but they weathered through and clinched a 66-52 victory on Saturday, in the UAAP Season 82 men’s basketball tournament at the Mall of Asia Arena.

The Blue Eagles made sure not to repeat what happened in the first round as the Growling Tigers were the only team that came close.

After a slim 10-8 first quarter, Thirdy Ravena led Ateneo for a 10-2 run that gave them a comfortable 11-point cushion, 26-15, at the half. They kept a steady momentum until the third quarter as their defenses limited UST from coming closer.

But, UST only kept fighting with Mark Nonoy on the front line. They managed to cut the deficit to six, 48-54, four minutes left in the game.

“That was tough, really tough game. They made our lives miserable especially in the fourth quarter when they started making shots,” said Ateneo head coach Tab Baldwin after the game.

Ravena and Tyler Tio combined their efforts for another rally that eventually sealed the game, leaving the Tigers helpless and hapless at the same time.

Ravena led Ateneo with 17 points and nine rebounds, while SJ Belangel had 11 markers and four boards as they kept a perfect slate, 8-0.

Mark Nonoy, instead did the work for UST with 18 points as they suffered their second straight loss and fell to a 4-4 slate.