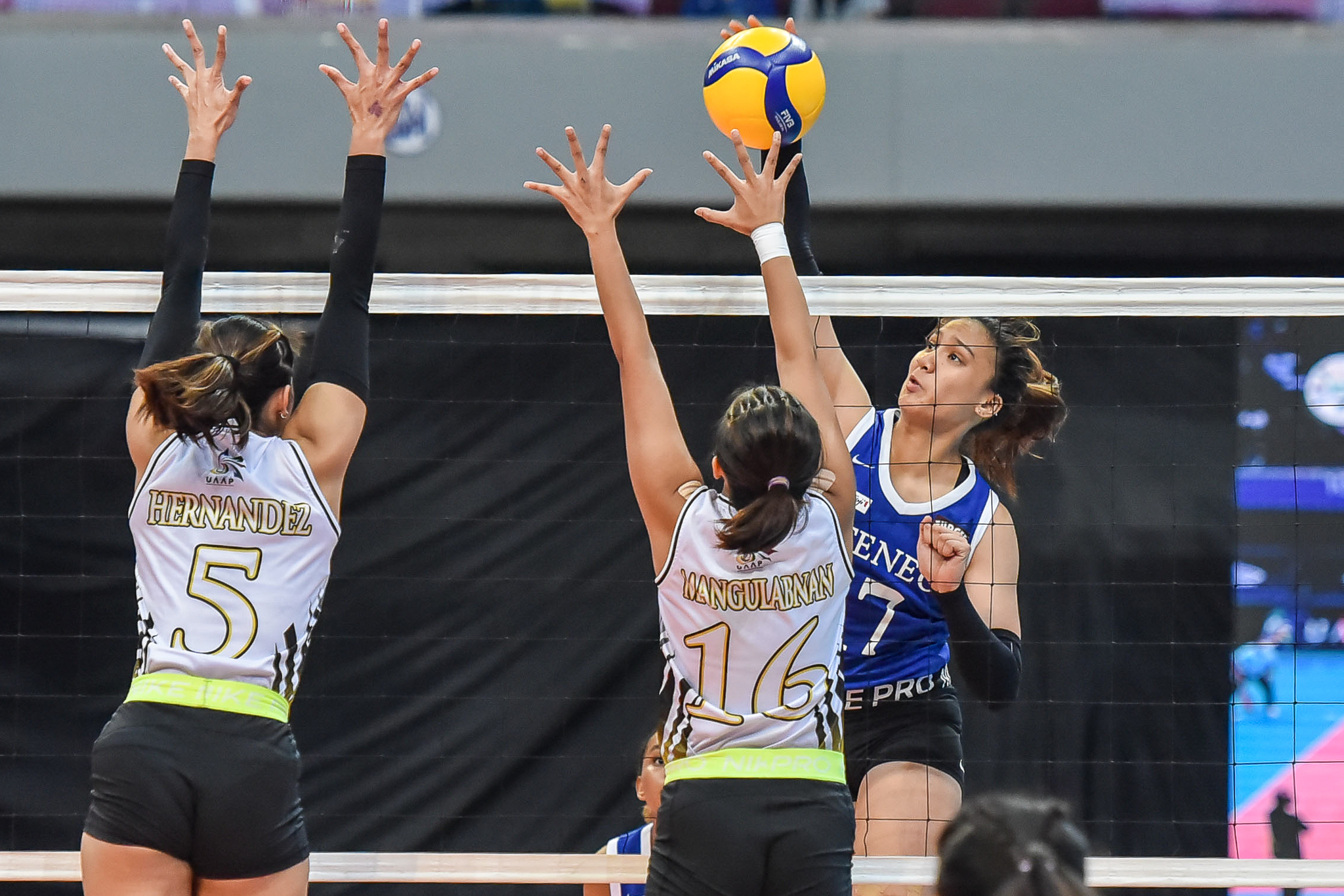 The Ateneo de Manila University Blue Eagles strengthened their bid for Final Four as they swept the University of Sto. Tomas Lady Tigresses in the second round of their finals rematch, 25-20, 25-20, 25-20, in the UAAP Season 84 women’s volleyball, Tuesday, at the Mall of Asia Arena in Pasay City.

The defending champions were in full control of the match, limiting UST’s best scorer Eya Laure to just 14 points who usually hits the 20-point marker in every game.

Faith Nisperos top scored for the Blue Eagles with 18 points off 15 attacks, one block and two service aces. Nisperos got the necessary back-up from Vanie Gandler and Joan Narit who combined for 23 points for Ateneo. AC Miner and Erika Raagas both chipped in eight points each.

After establishing a 2-0 commanding lead in the game, the Blue Eagles quickly built a 10-5 cushion in the third set. UST inched closer and tied the game at 12-all, but Ateneo responded with another run, 18-14.

With Laure in front, the Lady Tigresses were able to force another deadlock, 18-all. However, AC Miner and Faith Nisperos joined forces with strong attacks and blocks to spark a 5-0 run down the stretch. Laure stopped the bleeding with a crosscourt hit from the opposite wing, but Nisperos answered with back-to-back points to complete the sweep.

UST and La Salle are now tied at second place with a 7-3 win-loss card. However, only one team will keep hold of the solo second as they face each other on Thursday. Meanwhile, Ateneo and Adamson are still battling for the fourth spot.