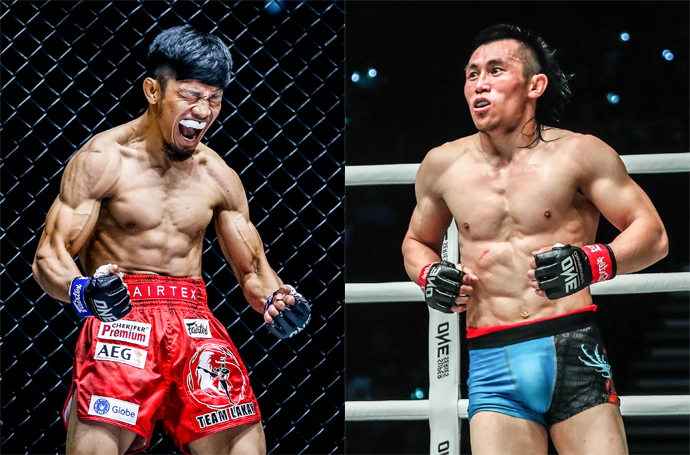 To kick off the new year, Team Lakay’s rising strawweight Lito Adiwang is hoping for a positive start, as he takes on China’s Hexigetu in the first offering of ONE Championship on January 22 at the Singapore Indoor Stadium with the winner getting the inside track to the athlete rankings.

After his hot streak at seven consecutive wins got snapped last year with a split decision loss to Koha Minowa at Inside The Matrix 3, the Thunder Kid will have his hands full against the China Top Team bet, as both fighters are gearing for a crack at the top five in the first instalment of ONE: Unbreakable.

For Adiwang, a win here would stake not just a shot at the top five, but also cementing his role as the gatekeeper for the belt currently held by his teammate Joshua Pacio.

The Wolf from the Grasslands presents a huge challenge for the flashy Igorot, in which he had already beaten a Filipino fighter before in Ramon Gonzales at their Beijing homestand last 2019 at Age of Dragons by notching a convincing decision win.

His most recent fight came at Reign of Dynasties last year in Bangkok, where he took down home bet Dejdamrong Sor Amnuaysirichoke in a split decision.

The card’s main event will have Russia’s Alaverdi Ramazanov defending his Bantamweight Kickboxing belt against Thailand’s Capitan Petchyindee Academy, who was the second-ranked contender.

Eduard Folayang’s former nemesis Shinya Aoki is the MMA’s headline bout there, as he locks horns with former ONE title challenger James Nakashima in a lightweight tiff.